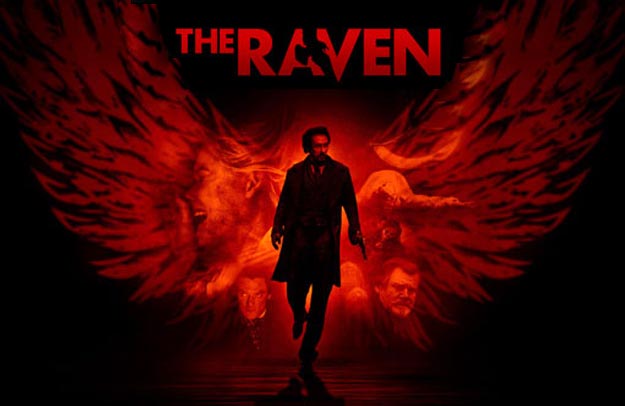 As long as you don’t mind rewriting history and disturbingly gore-filled scenes, “The Raven” is a compelling watch. The 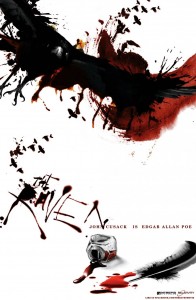 movie follows the life of Edgar Allan Poe. In the film, a madman begins committing murders based on Poe’s works. Thinking Poe might be able to shed some light on these gruesome deaths, Detective Fields teams up with Poe to track down the killer. The story spawns from the mystery surrounding the real life Poe’s death. Poe is said to have been found on a park bench, but no one knows the cause of his death. Some whispered rumors say  he was murdered. Other rumors declare he cried out the name “Reynolds” as he was dying. No one knows what “Reynolds” meant. The mysterious nature of these events seems to be the basis for this movie. The movie references true bibliographical facts of Poe’s life such as his enlistment in the military and watching his first wife die from tuberculosis. However, when watching “The Raven,” the viewer should keep in mind the idea of fiction versus reality. While the leading female, named Emily Hamilton, may be inspired by the real life Elmira Royster, the movie is definitely a work of fiction.

John Cusack does an excellent job portraying the penniless poet–his erratic behavior and tendency toward drink. The movie-Poe is absolutely hilarious and perfectly witty. He displays the nature of a tortured and misunderstood artist living “paycheck to paycheck.” The movie is compelling and draws the viewer into the story with ease. The story line is well told and the actors play their parts well. However, two scenes ruined an otherwise decent movie. The first is a cheesy scene between Emily’s father and Poe. The two share a “redemptive” and “forgiving” moment which feels forced and fake. The next failed scene is a thirty second scene between Poe and Detective Fieldings. Detective Fieldings has been shot and is lying on the ground. Poe leaps onto a horse. The next thirty seconds  revolve around an attempted “speech” to boost Poe’s morale. Fieldings mutters words along the lines of “go after the killer” and “don’t let him get away.” The cherry on top of this dangerously cliche scene is the word “go” which is yelled after a lengthy pause and shared look between artist and detective. Besides these two scenes, however, the movie was rather enjoyable.

I enjoyed watching a new spin on Poe’s life. The English major part of me found it necessary to ignore biographical inconsistencies throughout the film in order to truly enjoy it. For example, Poe is asked if he’s ever written anything about a sailor. He replies no. In reality, Poe has written a couple different works involving sailors. Again, as long as you don’t mind watching a historical rewrite, the movie is enjoyable. The movie is rated “R” for gore and should be taken seriously. Some of the more gruesome and graphic parts of Poe’s works come to life during this film. If anything were to bring back my childhood “Pit and the Pendulum” nightmares, it would be this movie. Proceed with caution and prepare yourself for a gruesome tale of mystery and intrigue.

I give the movie 6/10 stars because, overall, the film was a decent one.