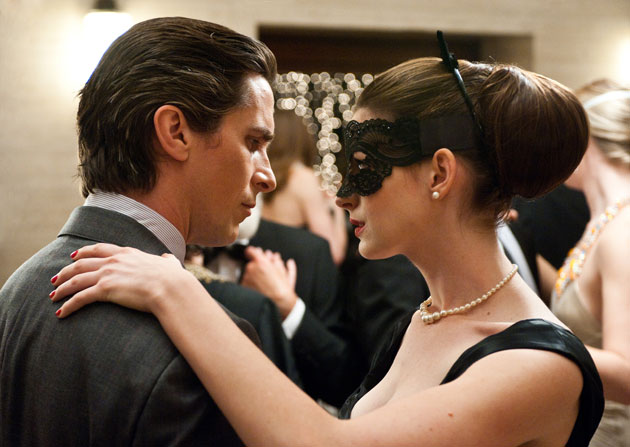 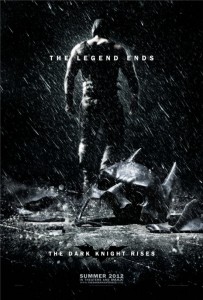 “The Dark Knight Rises” takes up the story of Gotham City eight years after the death of Harvey Dent. Gotham city is thriving. Criminals are safely locked behind bars, leaving the streets of Gotham city relatively clean. Citizens live without fear of the mob. The city has painted Harvey as hero and Batman as villain. Commissioner Gordon struggles with the lies he has told to keep the city safe from criminal activity. Bruce Wayne has become a recluse and avoids public events entirely. In fact, he seems to want nothing to do with anything that reminds him of his past. Bruce is still heartbroken over the death of Rachel Dawes. Alfred struggles to help Bruce start a new life apart from Batman. However, a storm is brewing beneath the surface of Gotham. In the sewers, the criminal Bane prepares for an uprising. He believes himself to be Gotham’s reckoning. Bruce is forced to wear the persona of Batman once again in hopes of keeping Gotham safe.  New characters are introduced to the mix including Catwoman (Anne Hathaway), John Blake (Joseph Gordon-Levitt), Miranda (Marion Cotillard), and Bane (Tom Hardy). The movie stands as an epic conclusion to Christopher Nolan’s Batman Trilogy.

I enjoyed every moment of this movie.  The story line was well done and tied together events from all three 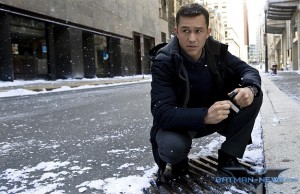 movies. The actors played their parts perfectly. I was especially impressed with Tom Hardy as Bane and Anne Hathaway as Catwoman. Both added to the Batman mix perfectly. Joseph Gordon-Levitt, as always, performed impressively. He played a much bigger role in the movie than I originally anticipated. A pleasant surprise. For those unfamiliar with the comic backgrounds of characters such as Bane, I do not wish to ruin any aspect of the plot line, so I will not talk about the movie in detail. On that note, some aspects of the movie were unrealistic. One particular moment in the movie, I found difficult to “swallow” and move on. When a character became injured in a certain way, I found it hard to accept such a quick and drastic recovery. Still, for time’s sake, I understand why the character needed to recover so quickly.

Some people complained about the movie’s predictability. I don’t this complaint at all. “The Dark Knight Rises” is a superhero movie. All superhero movies share an aspect of predictability, especially if you come into the movie with even a slight knowledge of the comics. Predictability in superhero movies doesn’t bother me. They will always be somewhat predictable, but the predictability never takes away from the excitement. Some events which happened in the movie surprised me. A twist of events toward the end caught me completely off guard. I love being caught off guard in movies! I love it when a twist happens that I don’t see coming. Batman gave this to me. Others complained about the “one-liners,” but I enjoyed them. I especially enjoyed “one-liners” which poked fun at moments in the other two movies. At one point in the film, Batman turns away from Catwoman while he’s talking to her. He turns back, and she’s gone. He says, “So that’s what that feels like.” I laughed so hard!

Overall, I loved this film. The story line was well done, and the ending (no spoilers, I promise) was absolutely brilliant! Definitely the best possible conclusion for the trilogy. The movie had action, adventure, and a dash of romance. Brilliant acting! Brilliant cinematography! I give the film 9.5/10 stars. An immediate favorite which will definitely be added to my movie collection. I would even see it again in theaters again. Worth it! Loved it!