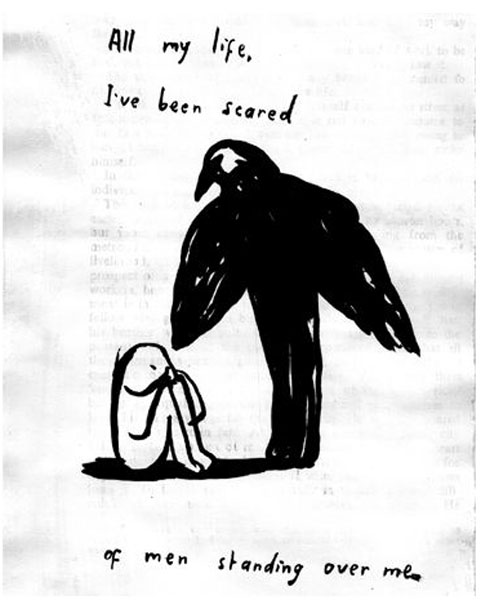 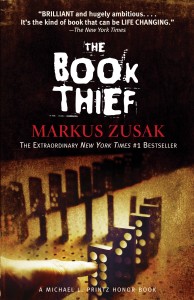 The Book Thief is a novel by Markus Zusak. Set in Nazi Germany during World War II, the book relates the story of a young girl named Leisel Meminger—her relationship with her foster parents, her friends, her neighbors, and a Jewish fist-fighter named Max Vandenburg.

Markus Zusak chose to narrate the story through the perspective of Death. A book about war narrated by Death? I’m intrigued already.

Pace does not always determine the quality of a story. In fact, the slow pace  allowed me to absorb more and better process the story. In my opinion, The Book Thief is p0ised to become a classic. While The Diary of Anne Frank is told from the perspective of a young Jewish girl hiding, The Book Thief follows the life of a young German girl whose family hides a Jew. In a sense, this novel provides the opposite perspective with a reality check. Not all Germans believed in Hitler’s ideals. I feel like this book addresses the “other side” which is a good thing.

One of my favorite passages is when Death compares a  group of Germans cowering in a bomb shelter to the recent deaths of Jews in gas chambers.

“Did they deserve any better, these people? How many had actively persecuted others, high on the scent of Hitler’s gaze, repeating his sentences, his paragraphs, his opus? Was Rosa Hubermann responsible? The hider of a Jew? Or Hans? Did they all deserve to die? The children?”

An additional perspective. The Jews did not deserve death but neither did the Germans.

The Book Thief is an excellent piece of literature. The concept is both brilliant and well-executed. An instant classic. I give it 5/5 stars.

One thought on “You are going to Die…Does this Worry You: My Thoughts on The Book Thief”