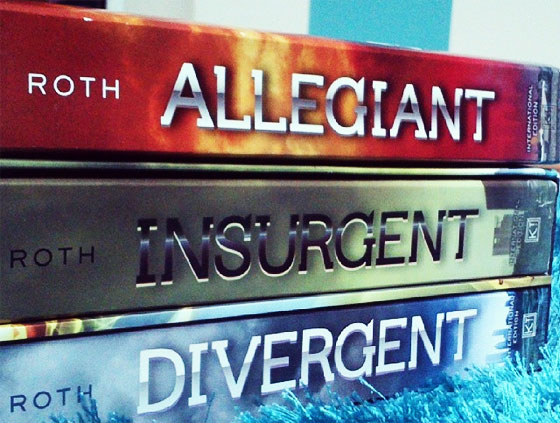 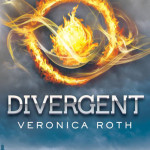 Divergent is one of the best written Young Adult novels I have read. The characters are well developed, the plot line is unique, and the storyline is absolutely compelling. I tore through the book on my first and on my second read. Tris is a strong female character who makes a decision highly relatable to the young adult world—should young adults follow the traditions established by their parents or should they forge their own identities?

Granted, some might bash the world-building. How would a world based on five factions function and survive? I understand these concerns. Hang in there. The basis for the society is revealed in the third book! 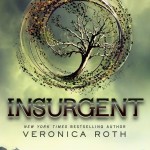 As far as second books go, Insurgent was definitely a success. Roth upped the stakes in this second installment of the Divergent series. Characters developed—some more than others. The motivations of some characters were somewhat questionable; however, the story kept me turning pages. The plot was well constructed; the series of events flowed naturally.

I appreciated the congruity. Injuries didn’t magically disappear!  Wounds received in the first book were not forgotten in the second book. Tris’ character growth in the second book was exciting to read. Her self-realizations and discoveries really sold the book for me. She grew from a selfishly selfless character to a character who understands the true meaning of self-sacrifice. 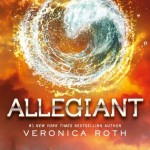 Allegiant disappointed me. In fact, the Divergent series steadily declined for me. The first book wooed me into the Divergent world, but as my relationship with the books progressed, passion faded, and I finished the third book out of obligation to the relationship. Several things tanked this book for me:

1) The dual perspective. Since the perspective was singular in the first two books, the sudden switch revealed a lot about the plot which shouldn’t have been revealed. Plus, I wasn’t a fan of Tobias’ perspective — kind of ruined him for me.

2) Character growth vanished. Tris took steps backward in her character development. Everything she learned in the second book was forgotten. Wholly forgotten.

3) The setup. The genetic backstory seemed a bit far-fetch at best. I could suspense my disbelief to a point, but something about the premise just didn’t settle right in my mind.

5) Preachiness. The messages were definitely not subtle.

Overall, the series averages out to 4/5 stars. I enjoyed losing myself in the Divergent world, but toward the end, I fell out of love. I don’t regret reading the series at all; I just don’t completely agree with the idea that the series had to end the way it did.

One thought on “Be Brave: My Thoughts on the Divergent Trilogy”