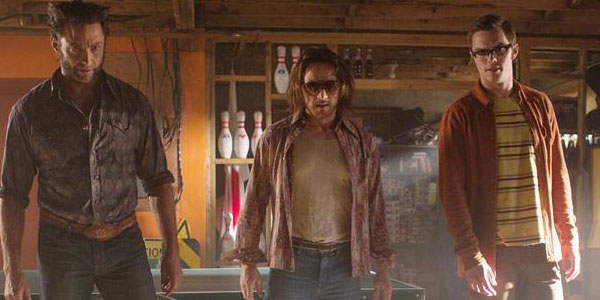 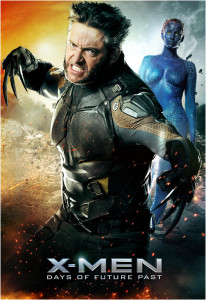 X-Men: Days of Future Past is an action adventure science fiction movie starring Hugh Jackman, James McAvoy and Jennifer Lawrence. The film begins in a future dystopian society where scientists have utilized Mystique’s DNA to create adaptable super machines called sentinels which are efficiently destroying the mutant race. In hopes of preventing the war before it begins, Kitty Pryde uses her abilities to send Wolverine back in time. Wolverine must then convince a younger Professor X and Magneto to come together and join forces at a moment in time where they could not be further apart.

X-Men: Days of Future Past is an epic movie on so many levels! The movie makers did an excellent job of blending the new and old X-Men casts together while also introducing brand new characters to the mix, serving as a bittersweet goodbye to the old X-Men cast. Speaking of the old trilogy, I think it’s important to note that this movie does not attempt to explain away the old trilogy. For example, how did Magneto get his powers back? Why is Professor X suddenly “okay” and present in this movie? While we did receive partial explanations (more like hints) for solutions to these predicaments at the end of the old movies, they are foggy at best. Still, I don’t feel like this took away from this new film in any way.

Not only did old and new cast members blend well, but the balance of comedy and drama was superb. Quicksilver, played by Evan Peters, is 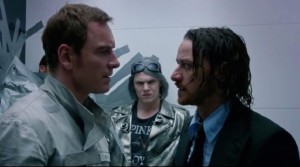 an absolute riot! The kitchen scene (not giving away more than that) is probably one of the best in the film. In fact, that scene alone was worth the ticket price. The film approaches a number of difficult topics, such as genocide and discrimination, with excellence. The actors delved into their characters fully, leading the audience to connect more with them because of their efforts. If you’re looking for a action-packed Friday night film, X-Men: Days of Future Past is the way to go. Hands down.

Overall, I give the film 9/10 stars. Was logic somewhat blurred? Yes. Did it matter? Absolutely not!