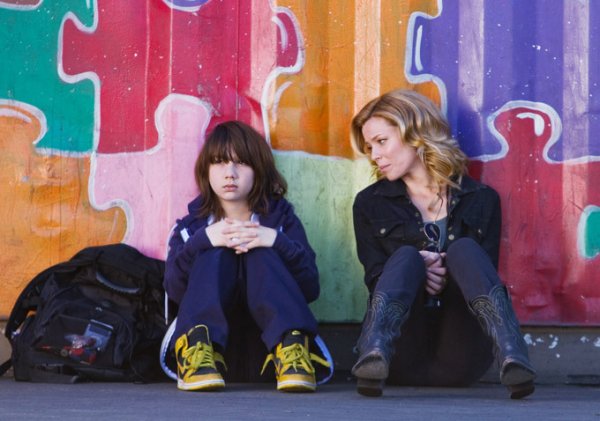 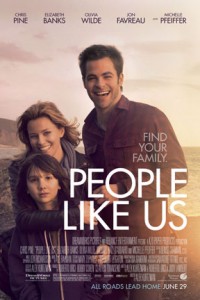 “People Like Us” is a comedic drama starring Chris Pine, Elizabeth Banks and Michelle Pfeiffer.  Sam (Chris Pine) is a salesman who has accumulated a lot of debt. While settling his deceased father’s estate, Sam  discovers a sister he never knew about. He receives a shaving kit bag stuffed with $150,000 and a note asking him to deliver the money to his sister and her son. Not only is Sam shocked at the discovery of a half-sister, he is torn with indecision because he needs the money. The rest of the movie follows Sam’s journey in discovering his father’s past and using gained information to change the future. Sam grows close to his sister Frankie and her son, but he cannot seem to tell her the truth about his identity. The closer he grows to his sister and nephew, the more he realizes how much they need the money, making it even harder to decide what to do.

“People Like Us” was a refreshing movie. The plot was unique and unlike many movies I’ve watched recently. I loved the psychology of the film. The movie explored the different perceptions regarding family decisions. The film stood out in my mind because the movie did not focus on comedy. Instead, the movie presented its story with confidence, refusing to hide behind a blanket of comedy. The story addressed the complexities of two families hurt by the same man. Frankie dealt with father abandonment. Sam dealt with a nonexistent father. The movie essentially explored the decisions of one man from the multiple perspectives he impacted which was fascinating to watch unfold.

The chemistry between the cast members was excellent, and the acting was phenomenal. From the youngest actor to the oldest actress, each took a unique and thoughtful approach to the development of his or her character. Chris Pine was adorably charming. Elizabeth Banks was a soft-hearted rebel. The movie was interesting, quirky, and unexpectedly heart warming. “People Like Us” was real with a bit of sentimentality added to the mix.

Overall, I would give this movie 6/10 stars. The movie was a refreshing approach to drama, telling a real story in a real way with no added fluff. I enjoyed it, but probably won’t add it to my movie collection.