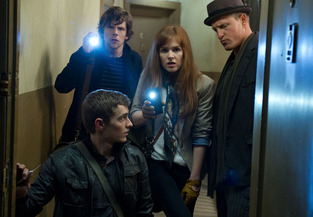 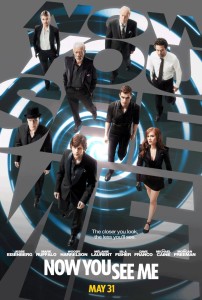 Now You See Me is a crime thriller starring Jesse Eisenberg, Mark Ruffalo, Woody Harrelson, Michael Caine, Morgan Freeman, and Dave Franco. Four talented magicians are mysteriously summoned to join an equally mysterious, secret society of magicians called “The Eye.” The illusionists, calling themselves the four horsemen, manage to attract the attention of both an FBI agent and an Interpol detective when they pull off a bank heist during their first performance. A cat and mouse game  ensues as the FBI attempts to outsmart the four horseman, but the closer they look, the less they seem to see.

I enjoyed watching Now You See Me for several reasons. For one, I thought 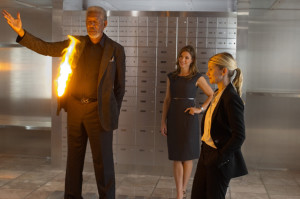 the movie was well cast. Each actor performed excellently, making his or her character believable throughout the entire film. The movie definitely had an had an original plot; however, the movie was driven by the characters rather than the plot. I love character driven movies. Character driven movies lead me, the audience member, to invest more into the film. The plot wasn’t half bad either. In fact, I would be lying if I said I “called” this one. I figured out some aspects, but I was clueless as to the big reveal. Once the reveal came, however, certain aspects of the movie finally clicked and relationships made much more sense. I think the movie left an adequate number of breadcrumbs for the audience, although I definitely want to re-watch it now that I know the ending!

I give the movie 8/10 stars because of the excellent acting, the creative plot line, and the overall enjoyability of the film.